On the occasion of the republic day that is on 26th January 2013 I watched the movie 'Sardaar'. The movie is directed by Ketan Mehta. This movie is based on the life of iron man of India, Sardar Vallabhbhai Patel. The leading role of Sardar Patel is performed by Paresh Rawal. Paresh is my one of favourite actors. The movie was released in early 2000s. So it was very early performance of Paresh Rawal, then also his performance looked very strong than any other roles that he has performed till. It just can be compared with Mamooty in “Dr. Babasaheb Ambedkar”, Sachin Khedekar in “Bose: The forgotten hero” and Richard Attenburough in “Gandhi”. As originally, he is from Gujarathi background, he has used complete Gujarathi pronunciations in the movie, which looks very realistic always. 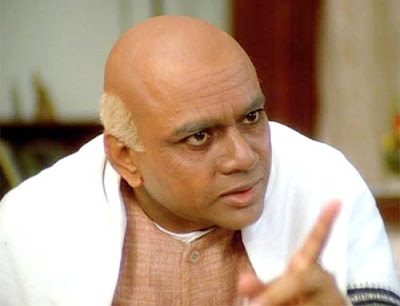 I had several mysteries in my mind about Sardar Patel before watching this movie. But now I got clear understanding of it, like what was the role of Sardar Patel in building the modern India. People and Congress were wishing him to be the Prime Minister of India but he refused it only for Nehru! He has kept Indian National Congress united. He is real builder of India after independence. Ketan Mehta's direction is awesome. He has taken lots of efforts to put the work of Sardar Patel in front the citizen's of India, which is less known in the history. Really, it is realized that Sardar Patel was actual iron man of India after watching this movie. The answer of question, “How your leader should be like?” can be easily found out by watching the biography of Sardar Patel. I salute his work in Indian independence movement as well as building the India just after the independence. As he was only first home minister of the India, he was not given much importance in the history.
There is a lot to learn from Sardar Patel's life. Very less number of Congress leaders are appreciated by other party leaders too. Patel is one of very few of such. Our current central home minister must see the life and work of Sardar Patel and learn how to behave like a “Home Minister”.
posted by Tushar B. Kute येथे Sunday, January 27, 2013 No comments: