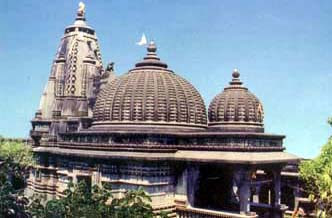 Nashik… is the holy city of . It is the Kashi of Maharashtra. This place has its mythological and historical importance. But, mainly Nashik is considered to be a mythological city in this nation.

I moved to Nashik four years back from Pune. These two cities are backbones of this beautiful state of Marathas. Due to my ‘migration’ to Nashik, I am considered as a refugee in Nashikiets and Puneites. Because, my Punekar friends call me Nashikkar and Nashikkar call me Punekar. So, I belongs to both cities and well as not! It seems to be like a refugee! When I was living in Pune, I visited to almost all the historical places in Pune. I was in student level so I managed all that with my friends. The places like Parvati, Chatushrungi, Sarasbaug, Shanivar Wada, Sinhgad were very well known to me. But after moving to Nashik I entered in the professional career. So I slowed down my interest in traveling. For almost last four years I was unknown to the mythological importance of Nashik. But, I now close to the study of Nashik city’s importance in mythology.

It seems to be coincidence that Nashik is the central place for many of the occasions in Indian mythology. It has its existence in Ramayana and Mahabharata both! Many of the instances in Ramayana we found here in Nashik. I was knowing the place Panchwati which was there in Ramayana. I got to know about the importance of this place just few months back. Whatever the battle between Laxman and Shoorpanakha was occurred in Nashik. Seeta was the part of this holy place in Ramayana. It was also interesting to know that Anjaneri (Near Nashik) is the birth place of lord Hanuman! The is also the part of Nashik! I visited the Pandavaleni, which were built in Satavahana Empire in this region. The structure was similar to one that of Lenyadri near to my native place.

Apart from all these mythological places, the historical importance of the city starts with the Kalaram temple, which is situated at the center of the city. This was built in Peshwa duration. It was also having importance due to Dr. Babasaheb Ambedkar’s satyagraha for dalit in last century. 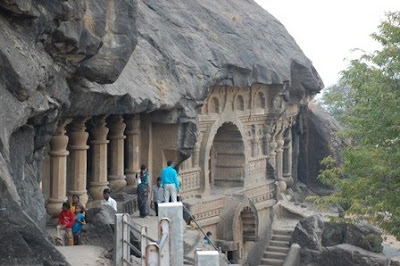 Overall Nashik is center of attraction in . It is the birthplace of culture and tradition in Marathi as well as Indian panorama…