We and our pronunciations 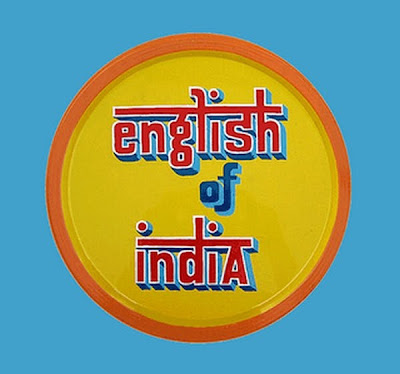 Indians are the largest community in the world speaking English. We are the only nation who has recognized the importance of this global language at a great extent! British have ruled on us for more than 150 years and they left their language as a gift for our country. So today, largest number of Indians understands English in this nation. Then also western people think that Indians are so backward community.

I came across this language in fifth standard for the first time. I know Pokharkar sir has taught us the ABCD of English. I was the only student in the class got more than 90 marks in English. Due to this subject only I was one of the favorite students of my teachers in secondary education. Learning ABCD was just a start of learning this language. I brought the dictionary to increase my vocabulary. K. B. Virkar was the first English-Marathi dictionary that I used in my study. We were taught the pronunciations of the English words in Indian way. That is, the pronunciations of Indians are so hard than any other in the world. The actual pronunciations of British or American are very soft and ‘lazy’ than us. I was hearing only the Indian pronunciations till my 10th standard of education. I was so good in English grammar also. I thank to Khade sir for that. He was one, who taught me the actual grammar of English language in some meaningful way.

I heard the American English pronunciations for first time when I saw the movie Jumanji based on a fantasy story. I did not understand a single pronunciation except the word ‘no’! Then for the first time I came to know that, I did not know English! Then English that proper British and American people uses is totally different. Actually, the language is the same but their pronunciations are different. They used to pronounce it like mumbling in the mouth! They do not pronounce any word completely. Their language is also strange! We used to mug up the spelling of words because. Their words are the combination of different pronounced characters. For example, the word Apple contains the words pronounced as ‘a’ ‘pi’, ‘pi’, ‘el’ ‘ee’. So, it has made some difference to understand this language. Most of the words pronounced same but spellings are different. The words ‘here’ and ‘hear’, ‘heir’ and ‘hair’ are pronounced in same way. It is not the case for any of the Indian languages. In Marathi, we pronounce as we write. There are rare exceptions for this condition!

‘The mask’ was the second English movie that I watched. Just by the actions, I tried to understand this movie. Many of the things were unknown! I got 81 marks in English in 10th standard. I was the topper of this subject in my school. But, then also I was not satisfied by my progress. I kept in mind that, I did not understand this language. So, afterwards when I was watching any English news channel or English movie I tried to understand the pronunciations! The English movies with the subtitles were the real recipes for me. I concluded that, English people use different pronounced characters to form a different pronounced word and at actual they pronounce it strangely. I salute their ability to do that.

Lets take some examples: Americans pronounce the sentence ‘Would you like some more?’ as ‘jlike smore?’. They pronounce ‘Take is easy’ as ‘tayki deezee’…! I surely tell you that, likewise none of the Indian will understand this language earlier. He will definitely make the mistake to pronounce. Almost for every case Indian English and American English pronunciations are totally different. As I mentioned earlier, western people pronounces all the words softly. We Indians can’t follow their footsteps, unless and until we born in these nations!

At actual, Indians did not use American verbal English to acquire knowledge. They have used the written form of English to be superior to the Americans…! This is the fact. I am sure that still only 20 percent Indians can understand the verbal American English. But, 90 percent can teach their written concept to them! These 90 can precise the concept of the written English. Even, a M.A. English graduate can’t speak like the common American person.

I know that, Indian English is the purest form of English with the grammatical considerations! Because, our languages and the western languages are totally different in grammar. So, we try to learn the proper grammar of the English and then use it! In these all, we forget to clear our pronunciations! Even a NRI can also pronounce the English words in Indian fashion. That is the spatiality of the Indians. Giving more, even the Gujarati, Marathi, Bengali, Tamil and Punjabi people uses different pronunciations for English. This is one more specialty of Indian people. With this, we can understand, this Indian is from which region?