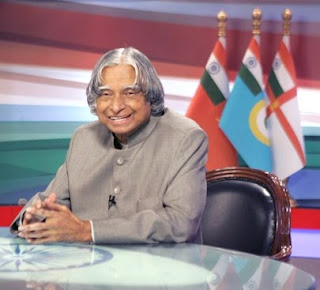 Last week the magazine ‘Readers Digest’ has taken a survey to find, who is most trustable Indian? Finally, they got the most appropriate answer voted by Indians. And that is Dr. A. P. J. Abdul Kalam…!
This has shown most of the Indians believes he is the Indian which can be trusted at most. I think there can not be any choice which will over-cross Dr. Kalam. He is known for missile man of India. General people did not know him before he became the president of India. After becoming the Indian president most of the Indians actually understood, who is Dr. A. P. J. Abdul Kalam? Even a ‘Hinduist’ party like ‘BJP’ has supported him to become the Indian president…!
I personally 100% believe Dr. Kalam is most trustable Indian and no Indians can rub this fact. He was an ideal president of India. When he was president, he wasn’t working like ‘an official president’ of our nation. He was an ideal citizen of India first then he was a president. Still on his age of eighties, he is the icon of the Indian youth. Most of the youth believes his views regarding Indian progress. We all should support his vision 2020 mission and should try to become a part of making our nation as a powerful nation in the world. If you want to know about Dr. Kalam do visit www.abdulkalam.com and be the part of it…
posted by Tushar B. Kute येथे Sunday, March 14, 2010