My first day in COEP

In the year 2002, when the result of final year diploma was declared one of my teachers told me that you will get admission in PICT. I even did not know about any of the colleges in Pune for degree education. I got most of the information from my friends. I was following their steps…! 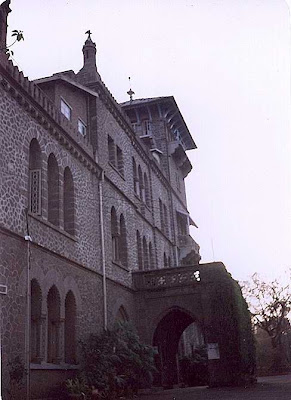 We were unknown to the process of direct second year admission. Because, for only that year the admission process pattern was changed. We used to fill the form in any of the ARC (Application Receive Centre). The choices of the colleges were not decided. We have discussed and decided the choices of the colleges in Pune. Most of my friends have given first preference to the Government College of Engineering, Pune well recognized as COEP. The ARC was also the same. After filling the information online, we got the state merit number. I thought I have got very general marks but after the display of the merit list I found myself 17th in the list of computer engineering! Then also I was unaware that which college would I get?
After displaying the merit list we used to go to the ARC for filling the application form online. The ARC was COEP itself. Before this I had gone to Pune for once only. And now it was the second time. All we friend gathered to fill the form in Pune. We traveled by the bus. When it came to the COEP in Shivajinagar, one of my friends had shown the college from the window. I saw only the wall compound of the college! After reaching the Shivajinagar bus stop we used to travel back for 10 minutes to reach college. When we reach COEP it was very crowd there. Most of the local students from the Pune were come to fill the forms. I was surprised to see such great crown for the direct second year admissions.
When I entered the college campus I did not even thought that I will get admission in this college. I was amazed by the old fashion structures of COEP. There were separate buildings for every department. Even some of the departments were having more than one building. I was not aiming to get admit in this college so I did not think about it. The first image of an ‘engineering college’ fixed in mind about an engineering college was of COEP only. Therefore, when I visit any of the engineering colleges it does not make any different impact on me.
After filling the form we used to visit our department that is computer engineering. There was only one floor allotted for the department that time! We visited the boat club also. It was very nice experience to see such an engineering college in Pune. Finally I got admission in the same. This was also a delightful moment for me in my life.
posted by Tushar B. Kute येथे Wednesday, April 28, 2010